You might have seen the default 10:10 time in almost all clock advertisements. Have you ever wondered why the clock shows 10:10 in almost all photos?

The reason behind the 10:10 time on the clock images is mainly aesthetics. The minute hand and the hour hand stay in perfect symmetry and all the secondary dials like chronographs, date dial, logo are not obstructed by the clock hands. The 10:10 clock setting is focused to highlight all the features and logo of the watchmaker in the best possible way.

Before jumping into the facts about 10:10, you should know a few of the myths first and the history related to 10:10 time. 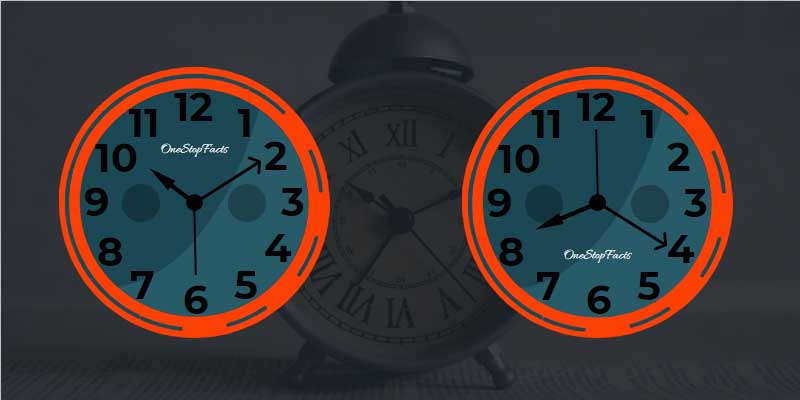 Now let’s check out the facts about setting the clock time to 10:10.

The hands of the clock are in a perfectly symmetrical position which looks pleasant. This is kind of a marketing strategy to attract potential customers.

The hands of the clock do not overlap giving a clear visible look on the timepiece. Almost in all cases, the secondary dials such as chronograph, date dial at 3, 6, or 9 positions will not be obscured by the position of the hands.

Generally, the company logo is placed below 12. At 10:10 position, the hands provide a nice framing to the logo.
If the watchmaker’s logo is placed above 6, then 08:20 can be a good position for the hands.

At ten past ten, both the hands are in such a place that the timepiece can be represented as a smiling face. But the position 8:20 looks similar to a sad face.

The Timex watch company used to set 8:20 as their default time earlier. But now they have changed the standard time to 10:10 to give a happier look to the clock/watch.

The ten past ten positions can is represented as a ‘Victory’ symbol as well as the ‘Tick’ mark which is more appealing to the people.
The number 1010 is called angel number which represents spiritual development and enlightenment.

While the standard-setting looks 10:10, there is a slight difference in the time. Often, the watchmakers try to show their competitors that they are ahead of time.

Read also: Why the keyboard is QWERTY?

Here is a list of watchmakers with their respective standard time.

I hope you are now very much clear on the myths and facts about the 10:10 clock setting. Now are you wondering the time is 10:10 AM or 10:10 PM? 😀
Nobody knows and this does not matter as long as it serves its purpose.

If you have any thoughts on “why the clock shows 10:10” in commercials, do share in comments.

No Shave November facts that no one tells

QWERTY Keyboard: Why is the keyboard QWERTY and not ABC?