Being one of the 7 wonders of the world, The Great Wall of China is one of the most ancient constructions in history and is located in Northern China. Let’s look at the great wall of China facts that you probably didn’t know.
The Chinese name of the wall is cháng chéng and is the largest man-made structure on earth.
The primary purpose of building the wall was to save the country from enemies and for centuries, it was used for trade control.

Though few parts of this wall are not connected, the total length of The Great Wall was measured after a long survey of 5 years by the State Administration of Cultural Heritage and the total length reported was 21,196.18 km (13,170.7 mi) on 5th June 2012.

The wall is 23ft high and 21ft wide on average. In some places, the height is even 35ft.
If the width is considered, it can accommodate 5 horses or 10 pedestrians at a time easily.

Rice powder was used to bind the stones and bricks together while building the wall. That’s why people tell in-jokes that China ended up with no rice, hence they started manufacturing plastic rice. 😛
There are around 70,000 Watchtowers and many temples on the wall. 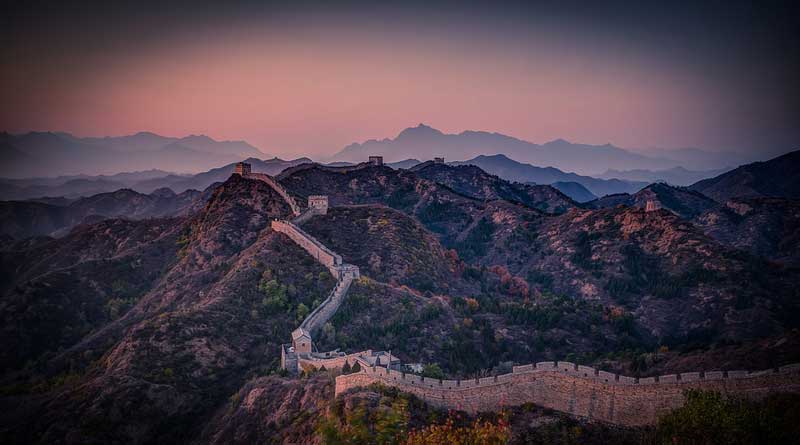 The highest point of The Great Wall of China is in Beijingat Heita Mountain.

The Great Wall of China is the most expensive construction from the evolution of mankind and was built 2800 years back.

First Emperor Qin Shihuang built the Great Wall during 221-207 BC but few parts of the wall were already built before that as well, that has no record. It took around 2000 years to build such a structure. Around a million people spent their lifetime effort in building this wall. The emperor was forcibly recruiting peasants, soldiers and prisoners as laborers.

Whoever was falling sick and dying while building, were buried in the wall. Because of this, it is also called as world’s largest graveyard.

In 1211, Genghis Khan attacked China and destroyed some parts of the wall completely.
In the 19th century, the wall was officially named as “The Great Wall of China”.

There is a common myth among almost all people that the “The Great Wall of China” is visible from Moon as well as from Space. Even, there was a topic “Visible Wall Theory” in Chinese books.

United Nations Educational, Scientific and Cultural Organization (UNESCO) granted The Great Wall of China as a World Heritage Site in 1987. 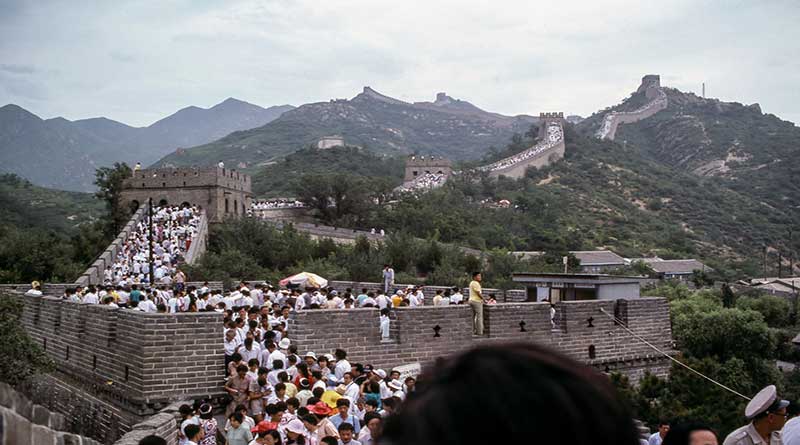 Tourists like the spot for numerous reasons such as hiking, night tour, scenery, wild wall and many more. Few sections of The Great Wall e.g. Mutianyu, Huanghuacheng, Badaling, Juyongguan and Huangyaguan are fully restored and considered as the best places for tourism.

Simatai is the only section of the wall which is open for a night tour. Being one of the 7 wonders and the largest man-made structure in history; it attracts millions of tourists every year around the globe.

I hope, you liked the Great Wall of China facts and history. If yes, please give a thumbs up by sharing it with the one who seeks knowledge.